Summer Is Here, And So Are The Beers! New In June…

Summer is here, finally! Say goodbye to the cold, wet evenings and say hello to bright nights and beer garden celebrations. Now is the perfect time to try some brand new beers which have become available to us during June… With new releases from some fan favourites including Chouffe and Delirium, alongside some lesser known gems we’re sure that you’ll love, there’s something for everyone.

This blonde Belgian beer from Brasserie D’Achouffe is the perfect refreshing beer for warmer weather. Unfiltered and re-fermented in the bottle, this multi-award-winning pale ale has gained several awards for the best seasonal pale ale. If you haven’t added this to your basket yet, what are you waiting for? Summer is here, so get out into the sun and crack open a cold one, we know you want to! 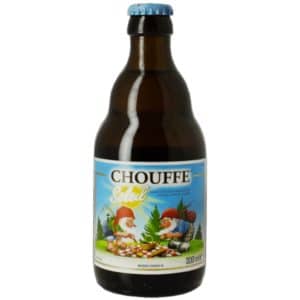 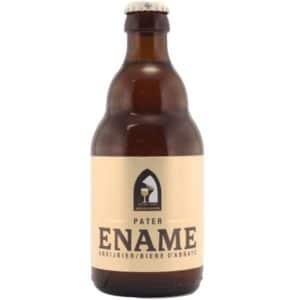 Ename Pater is a cloudy blonde abbey beer which has won an award in the World Beer Awards for the world’s best golden ale. Designed after the Abbey beer the monks themselves used to drink, it has a 5.5% ABV so that you can maintain a clear head whilst drinking, perfect for watching the football games this summer! Re-fermentation takes place within the bottle, creating a flavoursome burst with each and every sip.

Brewed by the De Brabandere brewery in Belgium, Bavik Super Wit Can utilises wheat in quantities in the recipe, creating a hoppy, rich flavour. The can is lighter and more easily recyclable than a bottle, plus the can is more protective, helping to maintain the quality of the beer by shielding it from air and sunlight. Containing hints of coriander and orange peel, its unique, summery flavour is sure to be loved by all. 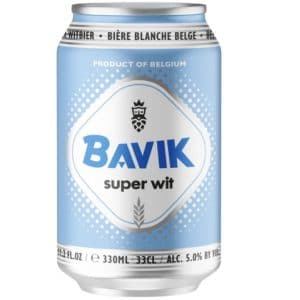 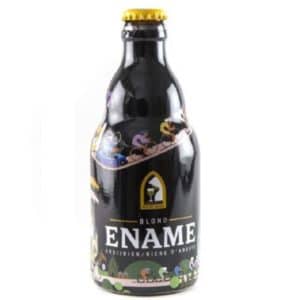 Ename Blond is a blonde Abbey beer similar to the Ename Pater variation we included earlier. This version is a little stronger with a 6.5% ABV and is re-fermented within the bottle. When poured, it features a full white foam head. Best served at 10 degrees Celsius, its the ultimate summer beer to enjoy! Simply stock up by adding some to your basket and get it delivered straight to your doorstep, hassle-free.

For a softer, malty flavour, Franc Belge is your best option from our range of newly available beers. Created by the De Ranke brewery in Belgium, this amber beer is incredibly popular and with good reason. If you manage to catch it in stock, be quick so that you don’t miss out! 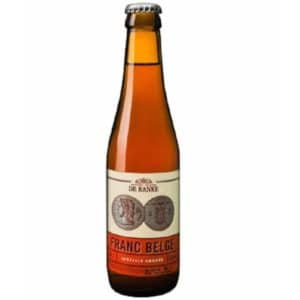 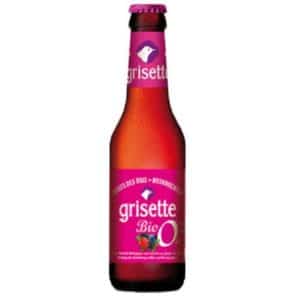 Brewed by St Feuillien, Grisette Fruits des Bois is a non-alcoholic fruity beer brewed with raspberries, Merello cherries and blackcurrants. With each fruity flavour perfectly complementing one another, it’s light, refreshing and all of the ingredients are organic. This makes for a great choice for anyone who prefers the lighter drinks, or for the designated driver of the night!

Dark red in colour and with an 8.5% ABV. Delirium Red in a can is much stronger than the majority of fruity beers. Featuring a soft, fruity aroma and a mild sour cherry and almond taste, its the perfect dessert beer to have. It’s so great that it won an award for the ‘World’s Best Flavoured Fruit & Vegetable’ at the World Beer Awards. We’d recommend stocking up on this particular one for a barbecue, you’ll be sure to impress your family and friends with your selection! 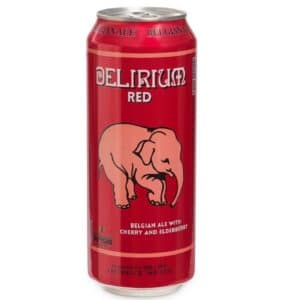 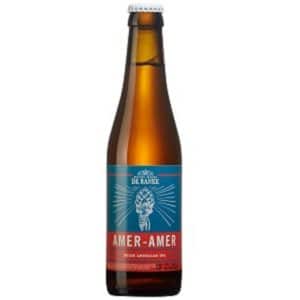 This Belgian American IPA is brewed by the De Ranke brewery in Belgium. Dry hopped with Cascade, this hoppy, amber beer is sure to leave you wanting more. Created to have a less aggressive bitterness and generally more well-balanced flavour, its taste and intensity provides a whole new beer experience. With a 6% ABV, it’s relatively strong and is a great option to share with your friends and family now summer is here.

Kasteel Rouge cans are filled to the brim with a delicious fruity beer containing sour cherries which gives it its dark red colour (this is also where it gets its name from!) Also available in bottles, this 8% ABV beer won a silver award at the World Beer Awards. Mixed with dark beer Kasteel Bruin, its flavour is rich, creamy and full-bodied. 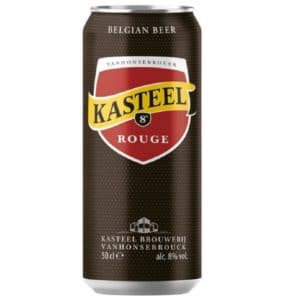 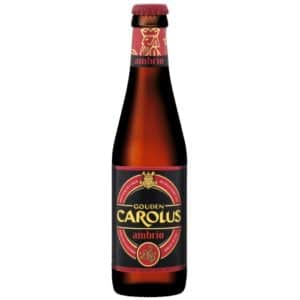 An amber ale with a powerful taste. Gouden Carolus Ambrio features the same freshness that comes with a blonde beer, whilst maintaining the strong flavour that usually comes with a brown beer. Re-fermentation takes place from within the bottle, helping to encase the flavours for a splash of freshness upon tasting. The basic recipe for this beer dates back to 1421, ensuring that the recipe has been well and truly perfected over the years.

Thomas Henry soft drinks and mixers have been quickly gaining popularity and it’s not hard to understand why. As trendsetters in their market, they offer a whole host of drinks you simply just have to try! We’ve just released their botanical tonic on our website and it is the perfect match to go with a whole range of gins we have to offer. Containing rosemary and juniper extracts alongside tarragon, spruce needles and more, its a completely unique tonic we can’t wait for you to taste. 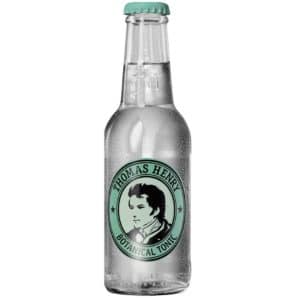 Which of our new products will you be trying? Show us over on Instagram by tagging @belgianbeerco

Purveyors of beers of exceptional character from Belgium and around the world.

*Free shipping is for certain postcodes across the UK.  Please check your cart to see if your delivery address is eligible.

Shopping cart
There are no products in the cart!
Continue shopping